Anyway, the person that has brought us to this is someone that has been around (no pun intended) for quite awhile. Wendy Iwanow was a tattoo artist who on November 7, 2003 celebrated her 31st birthday by getting nabbed by feds on a charge of forged checks as she was about to board a plane from Spokane, Washington to Phoenix, Arizona. She was traveling with the then-living Pastor Dick Butler, the founder and head of Aryan Nations, who had let her stay at his home for the week prior.

It was bad enough that he ended up taking the trip to Phoenix, but it became even more embarrassing when news about Iwanow got around. That’s because people knew her in other circles, and tattoos were not the only time she was involved in the skin business. Well before she was marking up the skin of others, she was showing off her own, and a whole lot more. To a lot of men. Men who shall we say appreciated the view and expressed their pleasure to her in many ways. On film. 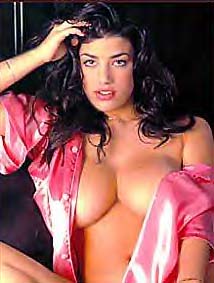 Well, let us start this from the beginning. As we noted, she was born Nov. 7, 1972 in Brooklyn, NY, the youngest of seven children, and was raised in the Bay Ridge section. She never had sex until she was married saying in an interview

The fun part about that was she married at 18 to a guy that joined the Army and was stationed in Washington. The marriage didn’t last long as she was separated after four months and divorced at 19. That adherence to the morals she was raised with pretty much went out the window just as fast. She needed money and had no work experience. She moved in with a stripper friend, and after seeing how much money she made, started doing that too.

She was only going to dance a week, just enough to make the cash to go back home to Brooklyn, but three days into it, a Penthouse magazine scout asked her to pose for pictures. That Penthouse layout led to others for Larry Flynt’s Hustler, High Society and other magazines. She did that for a year and soon the offers stopped. That’s when she did her first movie titled Two of a Kind. From 1991 to 1999 she would be seen in over 200 films. Many of them have featured her in interracial scenes and she has also worked with Ron Jeremy, who is Jewish. Because she is rather dark complexioned, she was once touted as the “Latin Goddess”. When she went WP, a lot of people in her new circles found all of this more than a bit uncomfortable when this bit of info came out!

Her first troubles with the law came around this time. In 1995, Iwanow was getting tired of the porn scene and she moved to Broward County, Florida and worked as an escort. The agency she worked for sent her to a client’s home, and after the deal, he paid her $200 in cash he stashed away in a stack of newspapers. Three months later, that client was the target of a home invasion, as three men forced their way in his house, beat him and his roommate and robbed him of $80. They had demanded that he pull out the money he kept under the newspapers, and that’s how it was reasoned that Iwanow was involved somehow. She and three ex-cons were arrested but she was found not guilty and with the prostitution charges dropped, she was free from any legal entanglements from the affair. 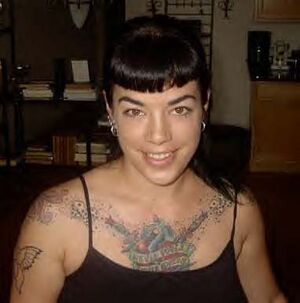 For the record, Rev. Masters, pastor of the New Macedonia Missionary Baptist Church in Riviera Beach and brother-in-law to Washington, D.C.'s former mayor Marion Barry, said that nothing of the sort ever happened, he was never involved in this affair, and is a little pissed that his name is even brought up in all of this.

It became a tit for tat thing between Iwanow and her neighbors, police responding to incidents approximately 141 times. One of those times was a home invasion. Men in ski-masks burst in her home during a cocktail party and robbed her guests of about $330. When the men sent Iwanow upstairs to get more money, according to police reports, she came down pumping a 12-gauge shotgun and chased the men out of the house and down the street. In October 2001 the feud culminated in a street brawl where Iwanow says she was attacked by 15 to 20 persons. The stories from both sides were so convoluted that no charges were filed.

Angry, Iwanow sued the West Palm Beach Police Department, but after multiple failures on Iwanow’s part to appear in court, her suit was dismissed. Two and a half weeks after the street fight, a judge granted Iwanow temporary restraining orders against her neighbors and their friend, but in July 2002 that friend was arrested for violating the order after Iwanow told police she verbally assaulted her. On August 14, 2002, it was Iwanow’s turn to get snatched up. A SWAT team arrived at her Palm Beach residence after reporting gunshots in her home. Iwanow held the team at bay with that 12-gauge shotgun she used on the home invaders, a standoff lasting until the early morning of August 15. She was placed into custody for monitoring at a psychiatric hospital. In November 2002, the state attorney dropped the charges against the neighbor’s friend when Iwanow once again failed to appear in court. By that time, Iwanow had moved out of the house and the neighborhood.

The feud with her neighbors was not the only thing taking a toll on her. In November 2001, she filed for bankruptcy and also that year her silicone implants ruptured and had to be removed. According to Wikipedia, she stopped working as an escort in 2002. August 20, 2002, six days after the SWAT incident, she made her first appearance on Stormfront. Her first post was a picture. The second post read (and by the way, it's unedited): 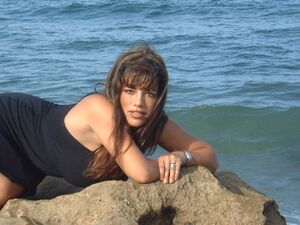 Wendy Iwanow/Bianca Trump on the rocks.

The end of the story is simple. My boyfriend is now my X (leaving that one alone, whole nother story). I was left here in this big house with the bad neighbors. Our friends are mutual, so it's awkward to hang out with them now. I was hoping to find my true Aryan King, but while I am here I am also reading threads to better understand myself through other peoples view.

She only posted for a few days however. 21 posts later, her account was disabled. Why? Because it was just after someone cozied up to them and promptly gave all the information she got to us, and after looking at the model-perfect picture of Wendy Iwanow, they thought she was too good to be true and that she was another spy. 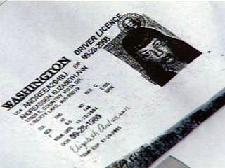 THIS IS WHY WE CALL THEM BONEHEADS! If you are going to get into the fake ID business, it might be good to have spell check on hand. The picture on this "licence" is of Wendy Iwanow. that's how they caught her.

This all brings us to her 2003 arrest in Spokane. She and Dick Butler were on their way to Aryanfest which she spent last fall promoting, promising half-price tattoos at the event for all those who came out. In February 2004, the feds failed to nail her on the forged checks charge, but it could not have ended well for her because she was a convicted felon when in February 2005 Spokane police arrested her as she hid in her mother’s basement for running a fake I.D. factory, using those IDs to steal thousands of dollars in merchandise and being a felon in possession of a handgun.

She posted bond, but during her release, however, she and two other men kidnapped and beat up a man whom they say stole from her. Police investigating the beating said the man was lucky to be alive. Iwanow pled guilty to second-degree assault, second-degree kidnapping and three counts of forgery, and On November 26, 2006 she was ordered to pay $602 restitution, and spend 43 months in prison.

In a few years will be out, and when that happens we will probably have something else to say about her, but we doubt it will be in the context of any work she will be doing with white supremacists, as she seems to be persona non grata with most of them. In fact, whatever we write, we doubt there will be much, but let’s see. She may not have given us her money shot just yet.